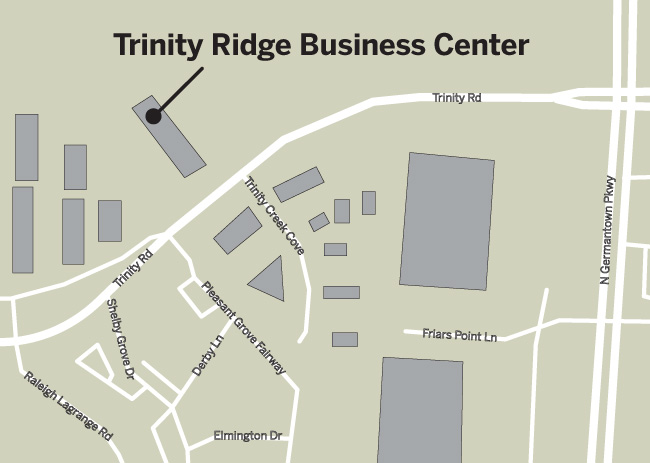 Montreal-based Dalfen America Corp. has bought the eight-building Trinity Ridge Business Center in Cordova for $7.6 million, just less than a year after the industrial park was sold in foreclosure.
Dalfen America, working under the name Shofar Realty ADA Compliant LP, bought the park from BACM 2007-4 Trinity Ridge LLC.
The eight-building, 235,000-square-foot industrial park is on 22 acres north of the intersection of Trinity and Raleigh-LaGrange roads. It was built between 1998 and 2007.
Trinity Ridge went into foreclosure in late 2010 after its then-owner defaulted on a $17 million loan. The seller, BACM – which was also the lender behind the $17 million loan – bought the park for $4.5 million at a December foreclosure sale.
The seller is affiliated with loan servicer LNR Partners LLC, according to a statement from Dalfen.
Dalfen America is the U.S. arm of Dalfen’s Ltd., a private equity real estate firm based in Montreal with satellite offices in Orlando and Tampa, Fla., as well as Dallas, according to the company.